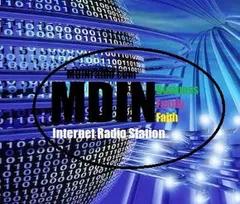 What is the Million Dollar Idea Network? The Million Dollar Idea Network is the brain child Mr. Charlie Childs Jr. Mr. Childs is the host of the the Million Dollar Idea Network Radio Show now in its 12th year with over 700+ episodes with over 88,000 listeners across the country in 44 Cities and now internationally in 5 countries. We have done the numbers the Million Dollar Idea Network has reached over a Million People in its first 10 years. Originally started in May of 2008 as a radio show to review the latest in business and technology. It quickly become a vehicle for Mr. Childs to encourage, motivate, teach and coach about the things of life. "It is not about the money." "It is about having total success in your Spirit, Soul/ Mind / Body and Will." Charlie Childs Jr Drawing on some of the teachings of great originators like Earl Nightingale "The Strangest Secret", Stephen Covey 7 Habits of Effective People". He also takes from his experience of being a residential counselor for children for over 6 yrs a Father for 20+ yrs, All of this pertaining to Business/ Family and Faith